It’s 1945. World War II has just ended and Henry (Horsefly Hank) Rosser’s family is looking for a new start after his father’s farm failed, leaving them with a heap of bank debt. But trouble follows the family in Red Eagle, Oklahoma, where Henry’s parents have taken jobs in the local school. Someone has stolen the famous Osage War Shield from the high school trophy case and Henry’s dad is the only suspect. It’s up to Henry and his new friend Joe to solve the case of the stolen shield while trying to dodge the school bullies – the meanest kids in town. 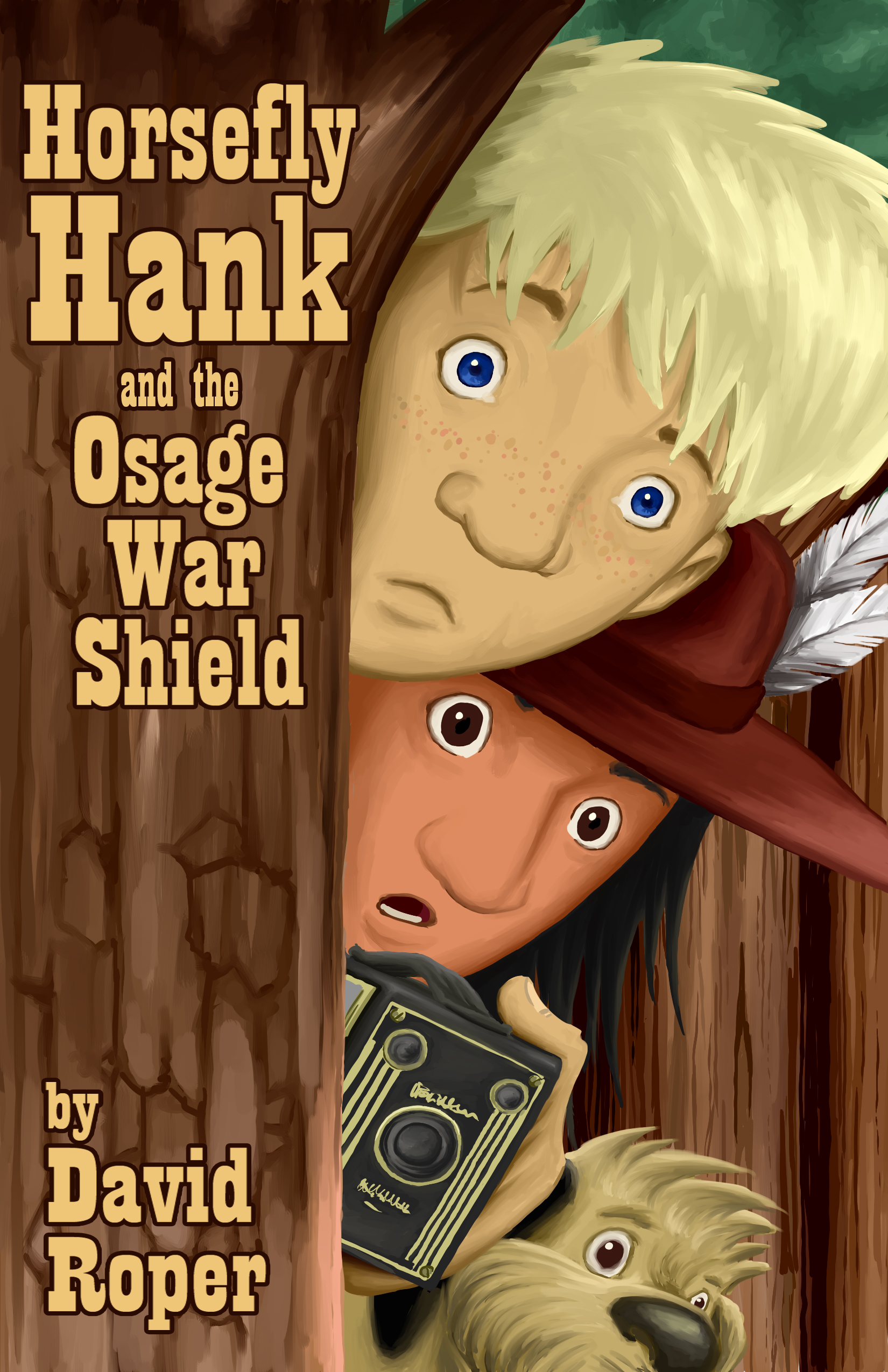 If you could have any super power you wanted, what would it be? That’s the question we asked twenty kids, ages 2 – 10. Some of the answers are what you might expect: to be able to fly (5), to be super fast (2), to become invisible (3). But they also would like to be shapeshifters, to control things with their minds, and to be able to walk through walls! Prepare to be surprised and entertained as you read the adventures of the SUPER KIDS!

WHAT IF STORIES for boys and girls

Roper has collected sixteen of his favorite stories for children in one fun-packed volume. There are stories about a little mouse looking for a powerful friend, a little scarecrow who keeps losing his head, and a magic box that spits out valentines. There are bedtime stories to read to little ones, stories for beginning readers, stories for more advanced readers, and even two stories for older readers (and the young at heart). All good stories being by asking “What it?” Here is a special “What if?” collection assembled just for you and your children. Enjoy!

Herbie desperately want a pet, but Mama won’t let him keep the strays he brings home. So when he finds a green-skinned giant shivering in an alley, Herbie must come up with a plan to convince Mama to let him keep his new friend, Frank. Will bumps and crashes, angry people with pointy things, and the Rhyming Bandit ruin Herbie’s chance to keep Frank? Or will Mama discover that looks can be deceiving?

Melvin (“Mel”) is a twelve-year-old who lost his parents and now has to live with his Grandma Pepper. When he starts to school, he gets into trouble. The school counselor tells him to write two or three pages a day in a journal for the next thirty days.

Mel learns that his great-great-grandfather was a professional magician. He learns how to do several magic tricks and writes the secrets in the journal so he won’t forget them. According to local legends, the ancestor hid a treasure somewhere. When Mel learns that the bank is about to foreclose on Grandma’s farm, he knows he has to find the treasure.

Trouble is ahead (including trouble with a bully), but Melvin is triumphant. He finds the treasure and escapes a murderous scoundrel who has also been looking for the treasure. The story closes with a humorous magic act by “Melvin the Mysterious” assisted by his red-headed friend, Zelma—a show featuring his big ears.

A fun “graphic novel” for all ages—especially for boys who love magic. $10.95. Available from Amazon.