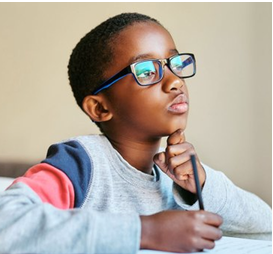 I immediately liked this kid.  We were going to have fun because he likes to think.  Here’s our story.

“Ok, so where did you get your numbers?” I asked, hoping he knew his source.

“I heard it somewhere.”

“How would you like to research this together, and you find your own answer?  That’s one great thing about Google.”

“Ok,” he said.  I motioned for him to sit next to me at the computer and we went to work.

“Before we start,  let’s see if we can agree on something first.  Would that be ok?”  he nodded, so I continued.  “If you see a commercial on TV and it says that if you wear ‘Jumpin’ Jack Flash’ tennis shoes it’s guaranteed that you can dunk a basketball every single time, and you got a pair—what would you expect?”

He laughed and said, “That’d be false advertising!  There are no shoes like that!”

I smiled because he’d made my point for me.  “Alright, then.  If I got a pair of them and you and I went to play ball…”

“That ain’t gonna happen, either,” he laughed.

“Aw come on…work with me here,” I teased.  “Let’s say we were playing ball, and I had those shoes on, and I actually dunked the ball.  Then would you want a pair?”

“Alright, then.  At first, you FELT like the shoes couldn’t work.  Then when you saw the evidence, you changed your mind. ”  He was nodding his head, so I turned to face him and said, “Then do we agree that we don’t decide if Jesus is really God because we FEEL like He is or isn’t.  We decide based on evidence.  In other words, if the evidence is there for Jesus to be divine, it’s true whether we believe it or not.  Do we agree?”

He thought a minute, then said, “So we’re not talking about how we FEEL about Jesus, but what we KNOW is real about Jesus?”

I smiled and said, “I knew you were smart.”  We turned back to the screen.  What we found blew our minds.

After watching one YouTube video, he was silent for a moment.  Then he turned to me and asked, “So what were the prophecies?”

All I could do was look at him with admiration.  Finally, I was able to say, “Alrighty, then.  Let’s check that out.”

We began a journey that would take us to mind-boggling destinations.  Check back next week to see what we discovered.